The backstory: After loving Jonathan Dee's last novel, Pulitzer Prize finalist The Privileges (my review) so much it made my Best of 2011 list, I was ecstatic to hear he has a new novel out.

The basics: A Thousand Pardons is the story of Helen and Ben Armstead. The Armsteads live in Rensselaer Valley, an upstate suburb of New York City, with their adopted daughter Sara. When Ben's actions bring scandal to the family, their marriage ends, and Helen must find a job.

My thoughts: A Thousand Pardons is a slim novel composed of seven lengthy chapters. The novel's first chapter pulled me into this family and the narrative and left me stunned. It's a fascinating and bold set-up for the novel, but it also lulled me into thinking this was a different sort of novel than it turned out to be. The second chapter slowed the narrative's pace, and while I settled into the rest of the novel, I wondered if Dee would return to the pace of the novel's first chapter.

What propels the novel into action is a scandal. Dee crafts a wonderfully ordinary scandal for Ben. In our scandal-obsessed culture, it would be easy to think, 'that's it?' When you stop to think about the reaction his actions would have on those around him, however, and the scandal is at once ordinary and shocking:


"I mean, it goes both ways," Sara said. "I understand you too. I get why you'd just wake up one day and say, Is this really my life? How did I even get here? And if you can't answer that question, you might start to act a little crazy."

A Thousand Pardons feels both small and large. It's ultimately the story of a family, but there are also numerous subplots. It's partially a coming of age story for Sara:


"You have to start seeing your parents as real people at some point."

It's a story of Helen's career resurgence in public relations, which underscores the themes of mistakes and forgiveness. It's the story of connections from long ago and forming new ones. Not all of these storylines are as satisfying as others, but A Thousand Pardons is a novel I enjoyed while I read it, but my appreciation for its scope came after I turned the last page.

Favorite passage:"That was it: she hated this place because she believed that some earlier, embarrassing version of herself still lived here."

The verdict: A Thousand Pardons is a satisfying read, but in its title and ending, Dee makes it clear it's a novel meant to be more than the sum of its parts. It's engaging plot and intriguing characters are enjoyable, if sometimes meandering, but its ending will keep me thinking for some time.

Convinced? Treat yourself! Buy A Thousand Pardons from the Book Depository or Amazon (Kindle version.)

As an affiliate, I receive a small commission when you make a purchase through any of the above links. Thank you for helping to support my book habits that bring more content to this blog!
4 stars book review contemporary fiction Jonathan Dee marriage New York City public relations suburbs

The basics:  "Jim Kennoway was once an esteemed member of the ornithology department at the Museum of Natural History in New York, collecting and skinning birds as specimens. Slowing down from a hard-lived life and a recent leg amputation, Jim retreats to an island in Maine: to drink, smoke, and to be left alone. As a young man he worked for Naval Intelligence during World War II in the Solomon Islands. While spying on Japanese shipping from behind enemy lines, Jim befriended Tosca, a young islander who worked with him as a scout. Now, thirty years later, Tosca has sent his daughter Cadillac to stay with Jim in the weeks before she begins premedical studies at Yale. She arrives to Jim’s consternation, yet she will capture his heart and the hearts of everyone she meets, irrevocably changing their lives." (from publisher) My thoughts: I knew very little about this novel when I began reading. I picked up a copy at ALA in June because of the praise for Greenway's first no
Read more

The backstory:  The Help  was longlisted for the 2010  Orange Prize . It's also now a movie. My thoughts:  Oh,  The Help . I wanted to like you so much.  Bloggers  I  almost always   agree with  all  loved it . As most of the reading public is familiar with The Help  and has probably read it, this review will be frank about the novel and may include spoilers for people who somehow have never heard of it. I fully admit it: I'm not normally a fan of Southern fiction. Despite living in Atlanta for thirteen years, I never developed a love for Southern fiction or culture. Southern food, however, I fully embraced. I picked up  The Help  once before a few years ago and only made it a few pages because of the Southern speak. This time I persevered, but I found it all rather dull. I did really like the character of Skeeter. I'm often drawn to idealistic young female characters who dream of being a writer, so that comes as no surprise. Still, I found nothing in Skeeter
Read more

book review: I Am China 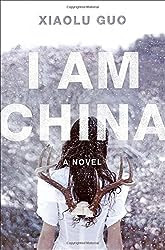 The backstory: I Am China  is longlisted for the 2015 Baileys Prize . The basics: I Am China  recounts the lives of Jian, a musician and political activist, and his love for Mu. It's also the story of Iona, a British woman tasked with translating this disorganized collection of diaries and letters from Jian and Mu. My thoughts: The premise of this novel is an intriguing one, and I immediately identified with Iona as she set out to try to make sense of this correspondence. This novel jumps across time and its characters move throughout the world. It isn't constructed chronologically, but rather Guo dips in and out of the present through Iona's translations in progress. Initially, I quite liked this approach of getting to know Jian and Mu with Iona, but the more I read, the more I began to question Guo's narrative choices. Jian and Mu's lives coincide with many momentous times in modern Chinese history. As more and more of these moments unfolded, I began to qu
Read more