Showing posts from June, 2018
Show all

A letter to Taylor Jenkins Reid 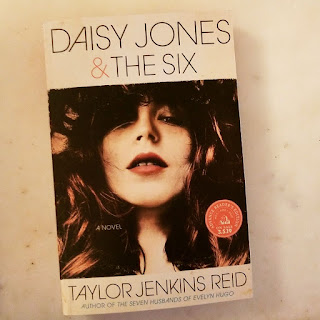 Dear Taylor, A year ago, I didn't know who you were. A couple of your book covers were vaguely familiar, but I hadn't read any of them. In July 2017, I read The Seven Husbands of Evelyn Hugo , and I fell in love, with Evelyn and with your writing. It's a book I've recommended to many, many people over the last year, and they all report back how much they love it too. It was my favorite book of 2017 . It's a book that made me want to read our backlist in order. I devoured Forever, Interrupted  and After I Do  in fall 2017 (they both made my top 10 fiction reads of 2017 ), and then I made myself slow down because I didn't want to live in a world where I didn't have more of your books to read. Instead I enjoyed following you on Instagram and Twitter . I read books you recommended and was recently thrilled to discover how much we both love The Bold Type . When I saw you were speaking at the American Library Association conference, I was ecstatic. Your speec
Post a Comment
Read more

Win a copy of The Great Believers by Rebecca Makkai

Update: A winner has been drawn. Congratulations, Andy B! Today I'm thrilled to celebrated the publication of Rebecca Makkai's latest novel, The Great Believers , by giving away a copy to one of you. It's already received starred reviews from Publishers Weekly , Kirkus , and Booklist .  Here's a synopsis: "In 1985, Yale Tishman, the development director for an art gallery in Chicago, is about to pull off an amazing coup, bringing in an extraordinary collection of 1920s paintings as a gift to the gallery. Yet as his career begins to flourish, the carnage of the AIDS epidemic grows around him. One by one, his friends are dying and after his friend Nico’s funeral, the virus circles closer and closer to Yale himself. Soon the only person he has left is Fiona, Nico’s little sister. Thirty years later, Fiona is in Paris tracking down her estranged daughter who disappeared into a cult. While staying with an old friend, a famous photographer who documented the Chica
Post a Comment
Read more

- June 18, 2018
Dear readers, Hi, there. I haven't been around much this year. Remember how I managed to blog so much in January that I wrote more posts than I wrote in all of 2017? That was awesome. Then I got home from Thailand and blogging fell apart again. Reading fell apart for awhile too. I've been seeing a lot of movies, and that's fun too. But I miss this space. I miss writing. I miss the comments and conversations. I miss the accountability to write about what I'm reading (and watching, doing, eating, and seeing.) I've been thinking about how to find my way back to regularly writing and posting, and today I decided just to jump in and do it honestly. Tomorrow, I'm back with an awesome giveaway for y'all. Thanks for still being here, Nomadreader As an affiliate, I receive a small commission when you make a purchase through any of the above links. Thank you for helping to support my book habits that bring more content to this blog!
1 comment
Read more
More posts