Showing posts from April, 2009
Show all

winners!: the girl who stopped swimming 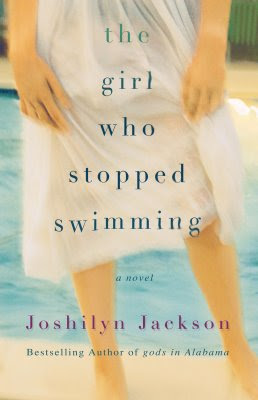 Congratulations to the five winners of The Girl Who Stopped Swimming by Joshilyn Jackson: 1. Shannansbooks 2. Tami 3. Jennifer 4. Barb 5. Jenny You five should have an email from me asking for your mailing address. Thanks to all who entered. I look forward to reading the reviews on your blogs. Many, many thanks to Hachette for letting me host this giveaway.
Post a Comment
Read more 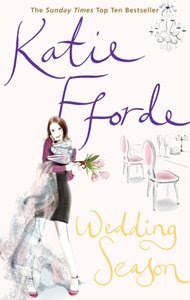 I am a huge fan of Katie Fforde, and I'm in the midst of planning a wedding, so I eagerly awaited my copy of Wedding Season to arrive from interlibrary loan. As usual, Katie did not disappoint. Wedding Season followed three friends: Sarah, a wedding planner whose secretly pregnant sister and a major U.S. movie star have decided to get married on the same day with only a few months notice; Bron, a hairstylist in an unhappy relationship; and Elsa, a talented dressmaker. The three consider themselves friends and co-workers of sorts, as they often work the same weddings. It was refreshing to have three main characters, and thus three romances going on. Katie Fforde writes consistently delightful modern, British romantic comedy of manners novels. Her heroines always manage to be easy to relate to, yet inspiring and independent. It was refreshing to see these three learn to rely on one another and a few other helpful hands along the way. As a bride to be, I appreciated all of the la
Post a Comment
Read more 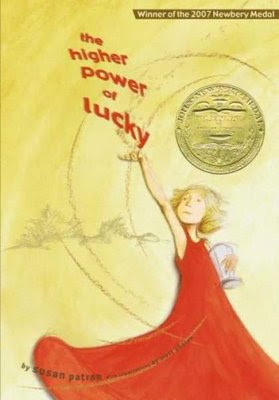 I absolutely loved The Higher Power of Lucky and found it remarkably engaging. Patron did an incredible job of seeing the world through the eyes of a ten-year-old, being true to Lucky's view of the world as our narrator, but still allows readers to have a sense of Lucky's world of which she is not yet aware. The Higher Power of Lucky has gotten a lot of controversy and press regarding its use of the word scrotum, and I read it for my children's literature class as one of the banned books. I'm sure it comes as no surprise to those who know me that I think banning this book is ludicrous. The scrotum is a basic part of human, and in this case, animal, anatomy. I strongly believe in teaching children proper terms for anatomy and ensuring a free flow of information. It is incredibly ironic that Lucky's confusion over the word caused an uproar. By the book's end, she asks Brigitte what the word actually means. To me, this detail provides a beautiful metaphor for ho
Post a Comment
Read more

From this week's Entertainment Weekly Must List: "Why this novel? Well, who wouldn't want a peek inside the mind of an aspiring romance writer who cuts off sex with her hubby, then engineers an affair for him so she can study it?" Me: Did I just read the same book? Laura Rider's Masterpiece is a satirical love/lust triangle of sorts mixed with a character study in novel form. The triangle involves Laura Rider, an aspiring novelist and successful garden business owner; her husband, Charlie, whom everyone in their small Wisconsin town thinks is gay, but whose main gift in life is his sexual prowess; and Jenna Faroli, a local turned syndicated public radio show host who has moved to town because it is equidistant between the radio station and her judge husband's courthouse. Laura idolizes Jenna, and is eager to start a friendship. I love Jane Hamilton's novels, but one of my favorite things about her novels is that it's always easy to relate to the
Post a Comment
Read more

Q & A was the basis of Slumdog Millionaire . I have still not seen the movie, but I loved the book. The premise is brilliant and simple: a poor waiter in Mumbai lands on the Indian version of Who Wants to Be a Millionaire, and he wins. The producers are convinced he cheated; how could this uneducated young man possibly know the answers to all these questions? The book takes us through his life, question by question. The chapters go in the order of the game show, so it's not chronological in Ram's life. The book was an absolute joy to read. It was a beautifully haunting look at the unglamorous realities of life in India. As I love to say about great novels, the plot is not truly what it's about. Aren't we all representations of our collective knowledge from surprisingly and usual places? I love to ask the question, "how do you know that?" because it so often leads to great stories of happenstance. I'm eagerly awaiting Swarup's next book, Six Suspe
Post a Comment
Read more

giveaway: 5 copies of the girl who stopped swimming! 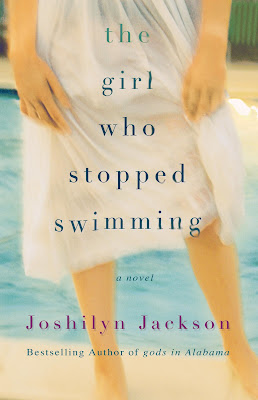 Hachette Book Group is kind enough to offer 5 copies of Joshilyn Jackson's new book The Girl Who Stopped Swimming. Here's how they describe this book: Laurel Gray Hawthorne needs to make things pretty, whether she's helping her mother make sure the literal family skeleton stays in the closet or turning scraps of fabric into nationally acclaimed art quilts. Her estranged sister Thalia, an impoverished Actress with a capital A, is her polar opposite, priding herself on exposing the lurid truth lurking behind middle class niceties. While Laurel's life seems neatly on track--a passionate marriage, a treasured daughter, and a lovely home in suburban Victorianna --everything she holds dear is suddenly thrown into question the night she is visited by the ghost of a her 13-year old neighbor Molly Dufresne . The ghost leads Laurel to the real Molly floating lifelessly in the Hawthorne's backyard pool. Molly's death is inexplicable--an unseemly mystery Laurel knows
20 comments
Read more

on emily giffin: how early is too early? 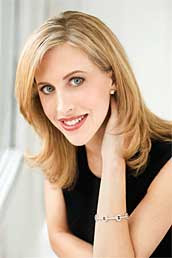 I'm a huge fan of Emily Giffin; she's one of my favorite authors. I keep a list of my favorite authors called "Read Every Word". Each month, I search Books in Print to see if any of them have new novels scheduled. Imagine my surprise when I got an email from Macmillan, Emily Giffin's publisher, offering me the chance to read the first chapter of her new novel. New novel?! She does have a new novel, Heart of Matter , coming out, but it comes out in May 2010. It's April 2009. Books in Print doesn't have it listed yet. Here's the hard part: do I read the chapter knowing I will have to wait a year to read the book? Is this marketing campaign even sensibly timed? The only semblance of logic I can imagine is that the paperback of Love the One You're With comes out next week. I know I'll cave and read it (the pdf is already open), but I may regret it later. I'm reading it, and I'm hoping for an ARC to find its way into my mailbox sooner
Post a Comment
Read more 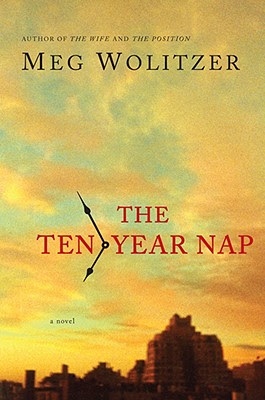 Lines worth remembering: "Later, when Jill tried to recreate the moment for Donald, she was unable to tell it n a way that gave it the real resonance is had possessed at the time." (p. 307) My thoughts:  The irony of this sentence, of course, is that Meg Wolitzer does not have this problem at all. I finished The Ten-Year Nap last week, but it's one of those books I've struggled with explaining why I loved it so much. Offering you a brief synopsis won't even begin to it justice. Yes, it's the story of four fortyish women of the means to stop working to care for their children. Their children, however, are now to the age they don't require constant care, and the women find themselves differently struggling with their place. To me, these women together represent the cumulative struggles, both emotional, financial and professional of so many women. Wolitzer alternates chapters with stories of these women's mothers and others from prior generation t
Post a Comment
Read more
More posts