Showing posts from February, 2019
Show all

book thoughts: The Wedding Party and The Proposal by Jasmine Guillory 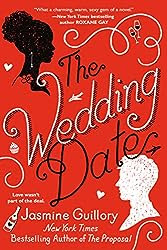 Last spring I read Jasmine Guillory's debut novel, The Wedding Date, mostly because the bookternet was so excited about it. I don't typically read romance, but body-positive interracial romance with smart people intrigued me. And I liked the book. When I reviewed it on Litsy, I said, "A fun, sexy, mostly smart romp. Both main characters are annoyingly insecure at times, but part of that may have been the audio performance, which was okay but distractingly breathy at times. I finished it in print and actually preferred that." Clearly my opinion about the audio performance is unpopular, as it was nominated for an Audie. Last summer, at ALA, I saw Guillory speak as part of a romance panel (that added more than one title to my TBR) and was excited to learn The Proposal features one of the supporting character from The Wedding Date, Carlos, as a main character. (The third book, The Wedding Party, will feature Maddie and Theo, Alexa's best friends.)

Despite getting a co…
1 comment
Read more
More posts