Showing posts from November, 2015
Show all

It's been awhile since I last Salon-ed. Almost seven months? Where has the time gone? Relatedly, I have an almost-sixteen-month-old and it will be December this week. Wow! This time last year, I made a book bucket list. And I actually read all five books! With a few extra days off this week, I decided to make a pile of all the 2015 releases I want to finish before the end of the year. It's laughably tall. Impossibly tall. I hope to read some of them this month and all of them eventually, but I already know it will never happen because there are always more books, so I'm giving myself the freedom to pick and choose from that stack as I see fit (especially as it involves two chunksters.)

I'm constantly setting, breaking and revising reading goals. I spend a lot (too much?) of time thinking about what kind of reader I want to be. I'm not claiming I have the answer for all time, but I have a good answer for now:
I want to read what strikes my fancy, while keeping an eye…
5 comments
Read more

book review: My Kitchen Year: 136 Recipes That Saved My Life 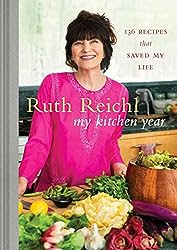 The basics:  "In the fall of 2009, the food world was rocked when Gourmet magazine was abruptly shuttered by its parent company. No one was more stunned by this unexpected turn of events than its beloved editor in chief, Ruth Reichl, who suddenly faced an uncertain professional future. As she struggled to process what had seemed unthinkable, Reichl turned to the one place that had always provided sanctuary. “I did what I always do when I’m confused, lonely, or frightened,” she writes. “I disappeared into the kitchen.”"--publisher

My thoughts: I am not typically someone who reads cookbooks. I may skim through and read recipes, but I have never before read a cookbook cover to cover. Admittedly, My Kitchen Year is not a typical cookbook. It is filled with recipes, but there are also lots of other things in it: breathtaking photographs (of food, nature and city), memoir vignettes, and Tweets (yes, Reich's actual tweets.) It feels like more of a memoir than a cookbook, but wit…
Post a Comment
Read more

audiobook review: My Life on the Road by Gloria Steinem 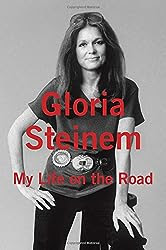 The basics:  "Gloria Steinem had an itinerant childhood. When she was a young girl, her father would pack the family in the car every fall and drive across country searching for adventure and trying to make a living. The seeds were planted: Gloria realized that growing up didn’t have to mean settling down. And so began a lifetime of travel, of activism and leadership, of listening to people whose voices and ideas would inspire change and revolution."--publisher

My thoughts: I've been fascinated by Gloria Steinem for a long time, as she was one of those public figures I just always seemed to know about. Yet I remember when I discovered she was born in 1934 and couldn't believe it. Not only did she seem younger, but it made her achievements that much more impressive; she was that much more ahead of her time. For someone I feel like I know so well, for the sheer number of years she's spent in the spotlight, when I heard about this memoir, I re…
Post a Comment
Read more 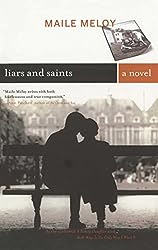 The backstory: Liars and Saints was shortlisted for the 2005 Orange Prize.

The basics: Liars and Saints is the story of the Santerre family. Over four generations, the novel covers World War II to the present (when this book was published in 2003.)

My thoughts: For years I've been saying I want to read all of the Baileys Prize longlists, but I don't actually do it, so I started a new project to at least make some progress to that lofty goal. (If I actually continue to make progress, I'll write a post about my plans.) Liars and Saints reaffirms why I have that goal. It's a book I had never heard of, by an author I somehow never heard of. Once I started reading it, I discovered she is someone so many of my bookish Twitter celebrity people adore. And with good reason. I'm such a fan, I checked out her other three adult books (one novel and two short story collections) from library when I finished the first chapter. (She also writes the Apothecary series for juveniles.) 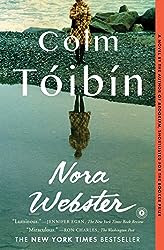 The backstory: Nora Webster was on the 2014 Folio Prize shortlist, a 2015 Carnegie Medal finalist, and a 2014 New York Times Notable book. I previously liked The Testament of Mary by Toibin.

The basics: Nora Webster's husband dies, leaving her a young widow with four children, no job, and financial challenges in 1960's Ireland.

My thoughts: It's the second book I've read by Toibin, and only in hindsight did I realize both feature strong, conflicted female narrators. Nora Webster is a fascinating woman. As I think about it, my mind is filled with cliches to describe it: quiet, haunting, evocative. It is all of those things. It's a book I appreciated perhaps more than I enjoyed. There's a timeless, classic quality to it. It's set mostly in the 1960's, and Toibin captures the essence of the time and place so beautifully one might think it was written at that time.

Nora Webster is a character-driven novel. It's one I enjoyed the time I spent while reading …
1 comment
Read more 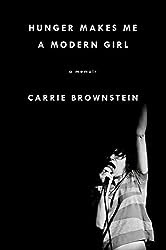 The basics: Carrie Brownstein, a writer, musician, and actress, tells the story of how she got into music, her early experiences with bands, and her time with her best known band, Sleater-Kinney.

My thoughts: I used to own more than one Sleater-Kinney album. They were band I desperately wanted to like. I pretended I liked them because I thought they were so cool, but I'm older and wiser than I was in the 1990's as a teenager, so I'll confess: despite many attempts, I do not really like Sleater-Kinney's music. But I still like the three of them and would love to just hang out and chat. All this is to say, my interest in this memoir is not the music, so I was somewhat disappointed that it's mostly about the music. Despite this knowledge, I still really liked this memoir.

Brownstein is a wonderful writer. This isn't a revelation, of course. She's been writing songs for many, many years. She co-created and writes Portlandia. Still, s…
Post a Comment
Read more

book review: All Dressed in White by Alafair Burke and Mary Higgins Clark 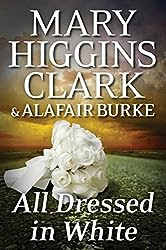 The backstory: All Dressed in White is the second in the Under Suspicion series, following The Cinderella Murder. The series follows Under Suspicion, a television news special focused on unsolved cold cases.

The basics: The cold case at the center of All Dressed in White follows the disappearance of Amanda White on the night before her wedding day. Did she run away or did something terrible happen? Laurie and her crew reunite the entire wedding party, plus Amanda's now divorced parents, at the same hotel in Palm Beach, Florida.

My thoughts: While I loved the concept of The Cinderella Murder and enjoyed reading it, I was disappointed with the resolution but curious to read the next book. I both enjoyed the reading experience of All Dressed in White more, but it's also a better mystery. There's a cozy element to this book, in that I never felt like anyone was in danger, even knowing that a killer might be among the group. Still, the mystery in this book is what makes it such …
Post a Comment
Read more 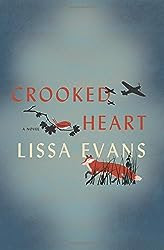 The backstory: Crooked Heart was longlisted for the 2015 Baileys Prize.

The basics:  "When Noel Bostock – aged ten, no family - is evacuated from London to escape the Blitz, he ends up living in St Albans with Vera Sedge - thirty-six and drowning in debts and dependents. Always desperate for money, she's unscrupulous about how she gets it. Noel's mourning his godmother, Mattie, a former suffragette. Brought up to share her disdain for authority and eclectic approach to education, he has little in common with other children and even less with Vee."--publisher

My thoughts: Now that I spend almost as much time listening to audiobooks as I do reading print books, I often find myself wondering how much the format impacts my reaction. As I listened to Crooked Heart, I found myself thinking something I can't recall ever thinking while reading: I'd rather watch this story on screen. As in, I would gladly put down this book and watch the film or mi…
Post a Comment
Read more 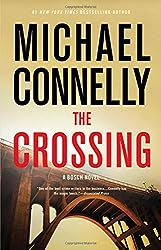 The backstory: Michael Connelly is my favorite mystery writer. Last year, I read all twenty-seven of his novels. I was thrilled to finally have a new one to read.

The basics: The Crossing features both of Connelly's long-running main characters: now retired LAPD detective Harry Bosch and his half-brother, criminal defense attorney Mickey Haller. When Haller's client is charged with the brutal murder of a woman, he suspects a set-up and manages to convince Bosch to solve the case as he would if he were still a homicide detective.

My thoughts: The titular crossing is meaningful on two levels. First, it comes from a piece of dialogue between Bosch and Haller:
"What's the biggest problem with the prosecution's case?"  "Right now?"  "Based on what you read."  Bosch took a drink while he thought of an answer and composed it properly. "The crossing."  "Meaning?"  "Motive and opportunity." The crossing in this novel is …
Post a Comment
Read more

Introducing: My Reading Hall of Fame

- November 01, 2015
For many years, I've thought of my 6-star reads as my Hall of Fame. Those are the books that are so good and that I love so much, I break my own rating scale and give them the off-the-charts rating of 6 stars. After finishing Lauren Groff's divine Fates and Furies, I realized there are quite a few authors whose work I have loved enough to rate more than one of their books 5-star reads, and that's perhaps more valuable to me than a single 6-star read. For years, I've loved following an author's career and reading entire backlists. So, I decided to keep track of these authors, who have written more than one book I've rated 5 stars (or 6 stars.) I'll copy this post and update it as needed on my new Hall of Fame tab, which also includes my 6-star reads.

Authors' names link to all blog posts about the author, including all book reviews. Titles link to my review of that title.