Showing posts from March, 2017
Show all

book journal: City of the Lost and A Darkness Absolute by Kelley Armstrong 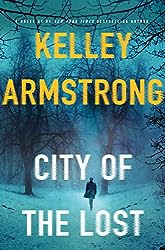 I've been slowly working on this post for two weeks, but it's finally here: my 7th annual Women's Prize for Fiction U.S. Reader's Guide! Longtime readers knows this prize, known for most of its history as the Orange Prize, is my favorite literary prize. The longlist announcement is always one of my favorite moments of the year, and it shapes my reading for the months and years to come. I didn't make predictions this year, partially because the prize announced it was trimming the longlist from its traditional length of twenty titles to only twelve. (The judges ended up with sixteen titles on the longlist.) For the seventh year in a row, I'm offering my thoughts on the longlist along with information on when U.S. readers can access these titles (see my U.S. Reader's Guide for the longlists in 2016, 2015, 2014, 2013, 2012, and 2011.

The Ones Available in the U.S. Now 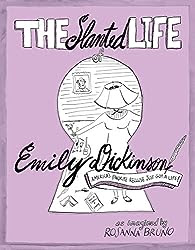 book quickie: when I want to talk about a book, but I don't have much to say

Here's the description for this book: "America’s favorite recluse just got a life! With her distinctively funky drawing style and insightful wit, artist Rosanna Bruno presents a cross-generational Dickinson for the 21st century."

This book is a collection of different things, some of which shine brighter than others, and some of which I'm certain I didn't fully understand the references because of my limited knowledge of Emily Dickinson. It's fun, funny, and clever. It's also pretty short and could be read in a single sitting. It left me wanting more.

As an affiliate, I receive a small commission when you make a purchase through any of the above links. Thank you for helping to support my book habits t…
Post a Comment
Read more 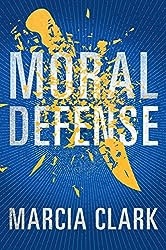 The basics: Blood Defense ended with a lot of information, and Moral Defense picks up those storylines, while featuring the murder of a father and brother, and the attempted murder of the mother. Samantha is serving as the legal advocate for Cassie, the daughter who was not harmed in the crime.

My thoughts: Moral Defense features three  storylines, each one involving a different client. Two are holdovers from the first book, while Cassie's story is new and is the primary plot. The central mystery is who killed Cassie's family. All three storylines were interesting, and Clark is so good at incorporating expected and unexpected twists. I found myself somewhat let down by the Cassie storyline, partly because…
Post a Comment
Read more
More posts