Showing posts from September, 2012
Show all

The backstory: Attica Locke's first novel, Black Water Rising , a literary historical mystery, came in at #3 on my top 10 of 2010 ( my review .) The Cutting Season is her second novel. T he basics: The Cutting Season  is the story of Belle Vie, an old sugar plantation in Ascension Parish, Louisiana. Caren currently runs Bell Vie, which has been turned into a historical site. Tours regularly come through to witness the history of how the land was once farmed by slaves. It's also a popular location for weddings and special events. Caren's ancestors once worked as slaves on Belle Vie, and her mother worked there as a cook. With deep, complicated family ties to the land, Caren returned home to Belle Vie with her nine-year-old daughter Morgan. When the body of a young woman is discovered on the grounds of the plantation, Caren finds herself trying to solve the crime and discover if there's a connection to the mystery of why her great-great-great-grandfather disappeared fro
10 comments
Read more 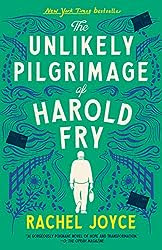 The backstory: The Unlikely Pilgrimage of Harold Fry , the first novel by Rachel Joyce, was on the 2012 Booker Prize longlist. The basics: When Harold Fry, a retired man who lives in southern England, receives a letter from an old co-worker and friend, Queenie, saying goodbye because she is quite ill, he sets out to post his reply letter. Instead of stopping at the mailbox, however, Harold keeps walking so he can say goodbye in person. Along the way, he remembers, thinks and meets a quirk cast of characters. My thoughts: From the first pages of this novel, there is a familiarity to its characters. Harold and his wife, Maureen, seem ordinary and the reader's first glimpse into their lives features the mundanesness of life. Rachel Joyce's observational prose, however, elevates the story. This early passage illustrates the novel itself: "He knew he was going to reach Berwick, and that all he had to do was to place one foot in front of the other. The simplicity of it was
23 comments
Read more 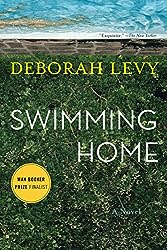 The backstory: Swimming Home  is on the 2012 Booker Prize shortlist. The basics: This novella explores the life of Kitty, a beautiful, deeply troubled young botanist with a passion for poetry. Set in a summer cottage on the French Riviera in July 1994, Kitty enchants Joe, a famous poet, who is vacationing with his wife, teenage daughter, and a couple of friends. My thoughts: From the first line of this novel, "When Kitty Finch took her hand off the steering wheel and told him she loved him, he no loner knew if she was threatening him or having a conversation," I was enchanted by both Levy's prose and these haunted, curious characters. Levy's crisp, precise prose paints vivid pictures of both the characters and setting. This novella is slight only in pages, but it packs an incredible literary and emotional punch. This novella was a page turner. Levy wowed me with the tightness and beauty of her prose in every single sentence. Rarely do I want to re-read a nove
14 comments
Read more 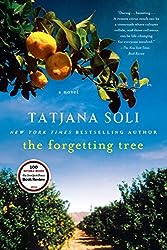 The backstory: After adoring Tatjana Soli's debut novel, The Lotus Eaters  ( my review ), I was eager to read her next novel. The basics: Claire and her husband Forster have lived on Forster's family citrus farm in Southern California since they were married. They now have three children. When their farm is attacked, the family is torn apart. My thoughts: Tatjana Soli does not shy away from the sadness of the human condition. Her writing is beautiful, but it's the way her characters come alive on the pages that most impresses me. I admit the description of this novel likely would not have convinced me to read this novel, but after loving The Lotus Eaters , I would gladly read anything else Soli writes, and Soli immediately pulled me into The Forgetting Tree . I read it compulsively as if it were a thriller rather than a grief-filled family saga. Claire is the heart and soul of this novel, and I appreciated each moment I spent with her. I remain fascinated by her pri
12 comments
Read more

Hello! It's been quiet around here for longer than I wish. Perhaps next year I'll remember this lesson and announce a small break before classes start and my work-life balance (temporarily) loses any sense of balance. Also, remind me not to take the first two weeks of August as vacation. I've missed my small corner of the blogosphere and am excited to get back to normal around here. I have, as usual, a bit of a review backlog. There are six books left to review and five films to review. I'll be sharing those with you in the next few weeks. Additionally, here are some bookish things I'm really looking forward to in the coming weeks (and months): The  Booker Prize shortlist  will be announced Tuesday. I haven't made nearly as much progress reading the longlist as I'd like (I've only managed three and a half of the twelve), but I still hope to at least finish the shortlist before the winner is announced on October 16. So far, I'm rooting for Swimm
15 comments
Read more
More posts