Showing posts from March, 2016
Show all

audiobook review: A Study in Charlotte by Brittany Cavallaro 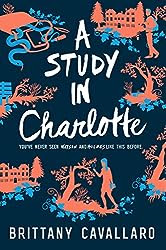 narrated by Graham Halstead and Julia Whelan The basics:  The first in a new young adult trilogy, A Study in Charlotte  follows Charlotte Holmes, a descendant of Sherlock Holmes, and Jamie Watson, a descendant of Dr. Watson, as students at a Connecticut boarding school. My thoughts: I typically file Sherlock Holmes under the "things I simply don't really like--but people with similar taste always seem to love." And I haven't read a young adult novel in several years. So what made me pick up a young adult Sherlock Holmes-inspired mystery? Brittany Cavallaro's Twitter bio . Despite not really caring for most adaptations or appropriations of Sherlock Holmes I've encountered, I really like the smart ways Cavallaro uses Holmes. Most importantly, she makes Holmes and Watson real people. Sometimes I have to remind myself my favorite characters aren't real people, and after so many years and iterations, doesn't it seem like Holmes and Watson were  real?
3 comments
Read more 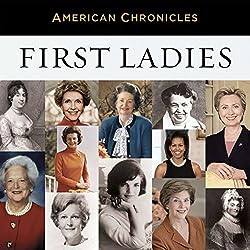 The basics: NPR edited together stories about first ladies over the years, including interviews with the more modern ones. My thoughts: American Wife , a fictionalization of Laura Bush's life, is my favorite novel, and I'm fascinated by the unlikely journeys we take in life. I think the journey to first lady (or first gentleman, one day) is one of those that is the biggest leap, and is the most fascinating. When I saw this one available at my library, I eagerly downloaded it. It wasn't quite what I expected, but I enjoyed it. For such a short audiobook, I feel as though I learned a lot, but it was somewhat uneven. I wished for more first ladies to be featured, but because NPR was pulling from their archives, they're somewhat limited. The early first ladies were featured in interviews with their biographers, and I was eagerly adding to my TBR as I listened. As we move through history, I was glad I opted for audio, as some news stories featured historic recordings of
1 comment
Read more 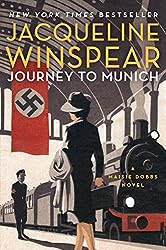 The backstory:  I started reading the Maisie Dobbs series in 2010 (it began in 2003), and it's one of my favorite mystery series. The last title,  A Dangerous Place , was a bit of a departure for the series, and it my least favorite in the series, so I approached  Journey to Munich  with cautious optimism it would delight me. My reviews of other Jacqueline Winspear novels:  Maisie Dobbs ,  Birds of a Feather ,  Pardonable Lies ,  Messenger of Truth ,  An Incomplete Revenge ,  Among the Mad ,  The Mapping of Love and Death ,  A Lesson in Secrets ,  Elegy for Eddie ,  Leaving Everything Most Loved ,  The Care and Management of Lies ,  and  A Dangerous Place . The basics:  It's 1938, and the German government is willing to release a particularly valuable British prisoner to a family member only. Coincidentally, the prisoner's daughter looks a lot like Maisie, so she's enlisted to travel to Munich and retrieve this stranger. My thoughts:  This series has been slowly p
1 comment
Read more

book review: The Book of Memory by Petina Gappah 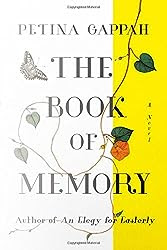 The backstory: The Book of Memory  is on the 2016 Baileys Prize longlist. The basics:  "Memory, the narrator of Petina Gappah’s The Book of Memory, is an albino woman languishing in Chikurubi Maximum Security Prison in Harare, Zimbabwe, after being sentenced for murder. As part of her appeal, her lawyer insists that she write down what happened as she remembers it. The death penalty is a mandatory sentence for murder, and Memory is, both literally and metaphorically, writing for her life. As her story unfolds, Memory reveals that she has been tried and convicted for the murder of Lloyd Hendricks, her adopted father. But who was Lloyd Hendricks? Why does Memory feel no remorse for his death? And did everything happen exactly as she remembers?"--publisher My thoughts: The Book of Memory  was one of the novels I most anticipated this year. The premise is downright beguiling. Gappah's background is as a lawyer, and I loved that she infuses law in this novel without
1 comment
Read more 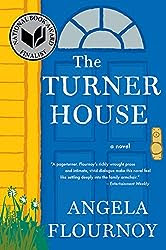 The backstory: The Turner House  was a 2015 National Book Award finalist, a finalist for the 2015 Center for Fiction First Novel Prize , a 2015 New York Times  Notable Book  and named a National Book Award 5 Under 35. The basics:  "For over fifty years the Turners have lived on Yarrow Street. Their house has seen thirteen children get grown and gone—and some return; it has seen the arrival of grandchildren, the fall of Detroit’s East Side, and the loss of a father. But when their powerful mother falls ill, the Turners are called home to decide their house’s fate and to reckon with how their past haunts—and shapes—their future."--publisher My thoughts: The Turner House is a book I expected to adore. The premise and setting excited me. I picked it for my book club, which meets later this month. And while I liked it, and I'm quite curious to see what Flournoy writes next, I wasn't wowed. When I sat down to write this review, I was surprised to see I didn't
1 comment
Read more

The 2016  Baileys Women's Prize for Fiction  Longlist is finally here! Longtime readers knows this prize, known for most of its history as the Orange Prize, is my favorite literary prize. The longlist announcement is always one of my favorite moments of the year, and it shapes my reading for the months to come. Last week  I predicted the twenty-one titles I thought would make the longlist . I correctly guessed six of the titles. For the sixth year in a row, I'm offering my thoughts on the longlist along with information on when U.S. readers can access these titles (see my U.S. Reader's Guide for the longlists in 2015 ,  2014 ,  2013 ,  2012 , and  2011 . The Ones I've Read The Green Road  by Anne Enright (4.5 stars) Girl at War  by Sara Novic (5 stars) My Name Is Lucy Barton  by Elizabeth Strout (4.5 stars) The Ones Available in the U.S. Now A God in Ruins  by Kate Atkinson Ruby  Cynthia Bond The Secret Chord  by Geraldine Brooks The Long Way to a
2 comments
Read more

It's almost time for the most exciting day of the year (for me)! On Tuesday, March 8, the 2016 Baileys Women's Prize for Fiction 20-title longlist will be announced. Part of the fun is guessing which titles will make the longlist. Last year  I correctly predicted only five titles . How will I fare this year? Check back Tuesday for my U.S. Reader's Guide to find out. Eligibility The Baileys Prize is given to a novel written by a woman, originally in English, and published in the UK between April 1 of the last year and March 31 of the year the prize is awarded. Only the UK publishing date matters. This year, books had to be published between April 1, 2015 and March 31, 2016. My Predictions As always, there are far more than twenty novels I think could (and/or should) be longlisted. There were some tough decisions to make, and I certainly don't envy the judges! I chose a mix of debuts, books already listed for other prizes, books that seem to be under the rad
2 comments
Read more
More posts