Showing posts from April, 2014
Show all

book review: Save the Date: The Occasional Mortifications of a Serial Wedding Guest 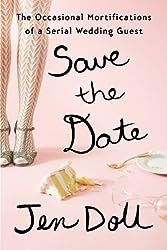 The basics: Save the Date , the debut memoir from Jen Doll, chronicles her life as a frequent wedding guest and bridesmaid. My thoughts: I've been a fan of Jen Doll for years as she's written for The Atlantic, New York , and The Village Voice  (among many others.) I've always found her writing strong and insightful, yet given the title and cover, I expected this memoir to be filled with more humorous anecdotes than insight. I was pleasantly surprised, as Save the Date  isn't the memoir I expected, but it's still one I enjoyed immensely. There is plenty of humor throughout Save the Date , but over all the tone was much more thoughtful, and it's often both: "You should give him a chance."  "You think?" This was not the first time I'd been given this advice. There were plenty of paired-up couples in my life who seemed to see me as a hard-hearted ballbuster who never opened up, who refused to even consider  anyone less than some id
1 comment
Read more 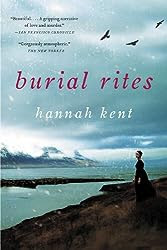 The backstory: Burial Rites , the debut novel by Australian author Hannah Kent, is shortlisted for this year's Baileys Prize . It's also one of my book club's May picks (we meet every other month and read two books.) The basics: Set in Iceland in 1829, Burial Rites , is the story of Agnes Magnusdottir, a woman sentenced to die for murder. In this time before prisons, Agnes is sent to live with a family of two daughters on a farm to await her execution. My thoughts: Burial Rites  is based on real people; Agnes Magnusdottir is the last person to be executed in Iceland. I'm a big fan of fiction based on real people and real events, and this story is a fascinating glimpse into another time and place. Kent allows multiple voices to narrate this novel, which adds depth to the characters and events. It's an intentionally complicating look at a deceptively simple story. There is a mystery at the heart of the narrative, but I'd stop short of calling it a myster
5 comments
Read more 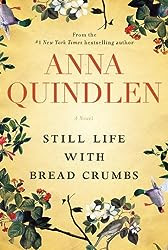 The backstory: Still Life with Bread Crumbs  was longlisted for the 2014 Baileys Prize for Women's Fiction . It's also one of my book club's selections for May (we meet every other month and read two books.) The basics: Rebecca Winter is a famous photographer who was once also rich. Now she finds herself forced to sublet the Manhattan apartment she loves and rent a quaint cottage upstate. My thoughts: I've previously read two of Quindlen's novels: Rise and Shine  and Every Last One.  I read Rise and Shine  when it was first released and before I started blogging, but I loved it. I had decidedly mixed feelings about her last novel, Every Last One , and admittedly I was hesitant to pick up this novel until it was longlisted for the Baileys Prize. For me, this novel falls somewhere between the other two. Rebecca Winter is a wonderfully honest character. Quindlen deftly introduces her to the reader as both the public persona and the private person: "Ta
4 comments
Read more 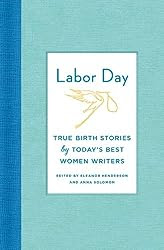 The basics: Labor Day: True Birth Stories by Today's Best Women Writers , edited by Eleanor Henderson and Anna Solomon, brings together an impressive group of contemporary female writers from a variety of genres to share their experiences giving birth. The essays are as varied as the women who write them. My thoughts: Admittedly, before I got pregnant (and even early on in my pregnancy), I shied away from birth stories. Rarely do I favor ignorance, but in this case, I was scared of labor and childbirth, yet I knew I would be going through it, and I wasn't ready to deal with it. At some point in my pregnancy, I became eager for birth stories. I'm still frightened, of course, but I find comfort in imagining myself in a variety of different scenarios, both the positive and negative. I'll be honest: this collection of essays often veers to the negative and sad. There are some heart-breaking stories told in these pages. I shed many, many tears as I read, yet even the mo
2 comments
Read more 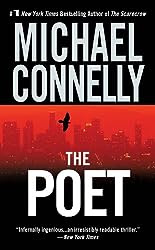 The backstory: I've been racing through Michael Connelly's Harry Bosch novels and loving them. I decided to read all of his novels in the order in which they were published rather than just the Bosch novels. The Poet  is the first non-Bosch mystery. The basics: When Jack McEvoy, a Denver newspaper journalist, hears his twin brother, a police officer, committed suicide, he doesn't believe it and starts investigating his death as a possible murder. My thoughts: The best stand-alone mysteries are the stories that couldn't be told the same way if the usual crime-solver caught the case, and The Poet  is a stellar mystery. Admittedly, I'm a fan of journalist-fiction, and McEvoy is a smart, savvy journalist (and character) to root for. In many ways The Poet  is the best of both worlds: solving mysteries inside and outside of law enforcement. McEvoy has access to some clues that may have been missed, while he also relies on law enforcement at other times. The result i
Post a Comment
Read more

The backstory: Eleven Days , the debut novel by Lea Carpenter, was longlisted for the 2014 Baileys Prize  and shortlisted for the 2013 Flaherty-Dunnan Prize . The basics: Set in May 2011, Sara's son Jason, part of an elite military unit, has been missing for nine days. Jason and his disappearance are national news. Carpenter tells the story in alternating voices of Sara, in 2011, and Jason, from the past. My thoughts: Carpenter immediately drew me into this novel and Sara's narrative. The writing is lush and emotional. When the narration shifts to Jason (and the past), I was intrigued. Soon, however, I found myself longing for more Sara and less Jason, or rather less Jason not seen through Sara's thoughts. Structurally, Jason's narration struck me as a functional and intellectual plot device. It lacked Sara's emotionally authentic, and thus more compelling, voice. Admittedly, this novel is the first one with a strong mother-son connection I've read since
2 comments
Read more

The Baileys Prize for Women's Fiction shortlist was announced yesterday afternoon. While I only managed to read five of the longlisted titles before the shortlist announcement, none of those five made the shortlist. I hope this means I'm in for many treats as I make my way through the shortlist: Americanah by Chimamanda Ngozi Adichie Burial Rites  by Hannah Kent The Lowland  by Jhumpa Lahiri The Undertaking  by Audrey Magee (U.S. publication September 2, 2014) A Girl is a Half-Formed Thing  by Eimear McBride (U.S. publication September 9, 2014) The Goldfinch  by Donna Tartt I'm eager to read all six of these titles, and with the announcement of the winner two months away, I hope I'll have time to get to all six. I love the combination of three debut authors with three well-established authors, including one former winner. It's an intriguing shortlist, and I'm looking forward to digging in soon! Now tell me: who is your pick to win this ye
2 comments
Read more

book review: Things I Should Have Told My Daughter: Lies, Lessons, and Love Affairs by Pearl Cleage

The backstory:   Longtime readers know Pearl Cleage is my absolute favorite author. See my raves about her novels: What Looks Like Crazy on an Ordinary Day , I Wish I Had a Red Dress ,  Some Things I Never Thought I'd Do ,  Babylon Sisters ,  Baby Brother's Blues ,   Seen It All and Done the Rest ,  and  Til You Hear From Me . Any new writing from Pearl is a cause for celebration. The basics: Things I Should Have Told My Daughter  is a curated collection of diary entries from the 1970's and 1980's Cleage includes an introduction and a brief final commentary, but this memoir is essentially twenty years of diary entries. My thoughts: It's incredibly intimate to read diary entries, particularly from someone I have admired for nearly twenty years. At times, reading these entries broke my heart. While Cleage is now incredibly successful, these entries go back before she was famous, and reading her self-doubt was haunting. I couldn't help but wonder how hindering
Post a Comment
Read more

Note: this post contains some spoilers about the plot events in Leaving Everything Most Loved ,  the tenth Maisie Dobbs mystery. There is good news and bad news in the Maisie Dobbs world. The good news: Jacqueline Winspear's next novel comes out July 1st. The bad news: it's not a Maisie Dobbs novel. It is a historical novel about World War I, and I'm very much looking forward to reading it. Buried in the announcement about the paperback release of the last Maisie Dobbs novel, Leaving Everything Most Loved , and the new novel, The Care and Management of Lies , was a note that " Maisie Dobbs returns in a new series featuring the psychologist-investigator" in Spring 2015 . What does that mean? I've been pondering this revelation for several weeks now. In my review of Leaving Everything Most Loved  last March, I said " it represents a dynamic turning point for the series, and I can't wait to see what Winspear cooks up for Maisie next." A ne
2 comments
Read more

The backstory: The Last Coyote  is the fourth Harry Bosch mystery by Michael Connelly. Read my reviews of the first three:  The Black Echo ,   The Black Ice , and The Concrete Blonde . The basics: When LAPD detective Harry Bosch is placed on leave for hitting his lieutenant, he takes the time off work as his opportunity to try to solve the murder of his mother, which happened when he was eleven. My thoughts: It's no secret I've been loving (and quickly devouring) Michael Connelly's mysteries the past few months. After The Concrete Blonde  revisited the most infamous case of Bosch's career, The Lost Coyote tackles the most infamous case of Bosch's life: the murder of his prostitute mother. Taken together, these two novels could easily serve as an ending of sorts for this series; instead, Connelly uses them as a end and a beginning. It's not an uncommon trope to have an unsolved case in a detective's personal life (in any media.) It was a pleasant surp
Post a Comment
Read more 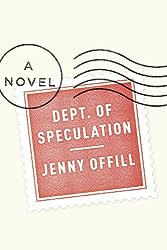 The basics:  "Dept. of Speculation is a portrait of a marriage. It is also a beguiling rumination on the mysteries of intimacy, trust, faith, knowledge, and the condition of universal shipwreck that unites us all." (via publisher) My thoughts: I've spent a lot of time thinking about Dept. of Speculation since I finished it in January. Typically, I like to write reviews soon after finishing novels, but I wanted to ponder this one. And even as I still am, I'm ready to start talking about this remarkable book. First, I am officially a huge fan of Offill's writing. She's hilarious: "That night on TV, I saw the tattoo I wished my life had warranted. If you have not known suffering, love me . A Russian murderer beat me to it." She's wise: "For most married people, the standard pattern is a decrease of passionate love, but an increase in deep attachment." I read for the joy of her sentences as much as anything else. When I started this
3 comments
Read more
More posts