Showing posts from July, 2017
Show all

The backstory: Deadfall  is the 19th mystery featuring Alexandra Cooper. I've read them all and reviewed a lot of them . The basics: Killer Look  ended with quite a cliffhanger, and Deadfall  picks up right where it left off, so spoilers of Killer Look  abound in this review. My thoughts: Over the years I've criticized Linda Fairstein a bit for how little things change in this series. There's comfort in that, sure, but as someone who has been reading this series for fourteen years, I would love to see more time pass in Alex's life. Fairstein upped the ante with the ending of Killer Look --the murder of Manhattan District Attorney Paul Battaglia. Battaglia's demise had been coming for a few books, but the surprise at the end of Killer Look  was a great one. Deadfall  seeks to solve his murder. As always, one New York City landmark serves as the focus of the book. In Deadfall , it's the Bronx Zoo. Fairstein infuses current issues about illegal animal trade a
Post a Comment
Read more 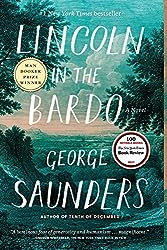 Although I've (finally) stopped pretending I will ever actually read all of the longlisted titles, I still eagerly await the Booker Prize longlist each July. Okay, so I do still harbor ideas about reading the longlists once Hawthorne reaches a certain age. What age? It's still unclear. Regardless, the longlists are more fun since the Prize has been opened up to U.S. authors, but I also find it has fewer unexpected picks. This longlist reads like an all-star list, and I'm excited to see who makes the short list (and wins.) The One I've Already Read Lincoln in the Bardo by George Saunders (3 stars)--I need to review this one, but I also feel like I should read it again. I listened to the audio because of the novelty of having 166 narrators. It was fun to hear so many voices, but the incessant repetition of op. cit.  drove me bonkers. I may try it in print, as everyone else seems to love it. The Ones Available in the U.S. Now 4321 by Paul Auster Days Witho
Post a Comment
Read more
More posts