Showing posts from April, 2015
Show all

The basics: Chast, an only child, recounts her struggles with her parents, who lived into their 90's, refusing to plan for their death.

My thoughts: I've enjoyed Roz Chast's cartoons in The New Yorker for a long time, which makes sense given the back of this book tells me she's been drawing them for the magazine since before I was born. Parts of this memoir resemble comic strips, but I was surprised to see some pages have exclusively text (handwritten.) Chast plays with format in interesting ways in this graphic memoir, but it's her more traditional images I found most entertaining.

What I liked most about this memoir was Chast's ability to provide some levity to the darkness. She writes honestly ab…
2 comments
Read more 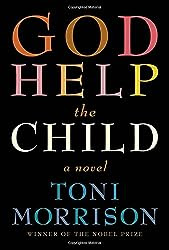 The backstory: Toni Morrison won the Nobel Prize for Literature in 1993.

The basics: God Help the Child is the story of Bride, a blue-black-skinned woman whose mother hated her skin color. Despite this tension, Bride grew up to be a confident, successful woman. Through Bride and those associated with her, Morrison tells stories of the long-reaching impacts of love and abuse in childhood.

My thoughts: I spent much of my time reading this novel thinking "If I didn't know Toni Morrison wrote this novel, I would never guess" and "I don't know what to think about this novel, but there's something odd or weird about it, particularity the magical realism." ...That changed once Booker began narrating. Suddenly, Morrison was back, and the novel really came alive for me with sharp-witted observations: "All he did from freshman year through sophomore was react--sneer, laugh, dismiss, find fault, demean--a young man's version of critical thinking."

audiobook review: A Spool of Blue Thread by Anne Tyler 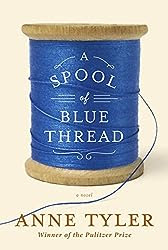 The basics: A Spool of Blue Thread tells the story of the Whitshank family over four generations in Baltimore.

My thoughts: For years, Anne Tyler was one of those authors I was embarassed to not have read. When The Beginner's Goodbye came out three years ago, I read it and was disappointed. There were some highlights, to be sure, but I found it uneven overall. When A Spool of Blue Thread came out, I was intrigued, as I love family sagas, but the first reviewers expressed disappointment, so I thought I would skip this one and revisit her earlier acclaimed novels. Then, when it was longlisted for the Baileys Prize (and since short listed), I knew I would read it. I opted for audio because it was available immediately at the library. 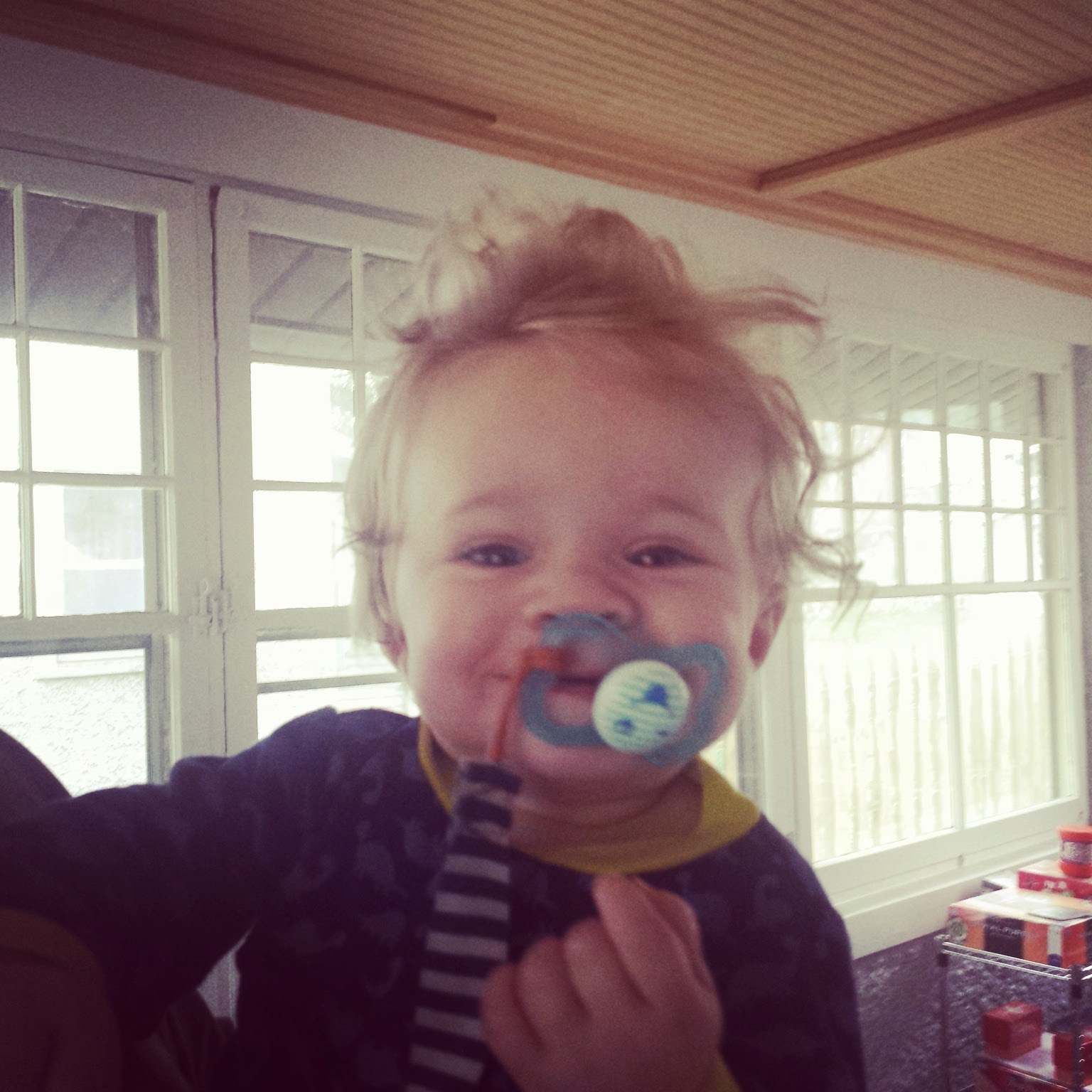 I adore Instagram. I follow a mix of my Facebook friends (people I know or once knew) and those I follow on Twitter (mostly bookish folks from around the world and locals.) My feed is filled with babies, books, and travel, which are three of my favorite things. I post more photos of Hawthorne on Instagram than anywhere else. He has two of his own hashtags: #nomadbaby (sometimes others try to post with it) and #HairByHawthorne, which is dedicated to the times he styles his own hair comically:


But my favorite hashtag not related to Hawthorne is a brilliant Book Riot invention: #BooksandBooze. I am a reader and a drinker, and this hashtag makes me so happy because I am clearly not the only one. Mr. Nomadreader and I work opposite schedules, and the nights he's at work until after I'm asleep are my #BooksandBooze nights. Here are some recent favorites:

You can catch all of my posts related to books, booze, Hawthorne, and other things by following me on Instagram.
Now tell me: what …
1 comment
Read more

book review: Slow Dancing with a Stranger: Lost and Found in the Age of Alzheimer's by Meryl Comer 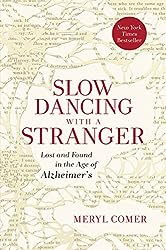 The backstory: Slow Dancing with a Stranger: Lost and Found in the Age of Alzheimer's was one of my book club's picks in March.

The basics: Veteran journalist Meryl Comer tells the story of her husband and mother dealing with Alzheimer's and advocates for change in how we care for those afflicted with Alzheimer's.

My thoughts: I was really excited to read this memoir, as Alzheimer's runs in my family, even though I was sure it would depress me as it's such a horrible disease. Instead, I soon found myself hating this book and rolled my eyes through most of it.

I like memoirs. I often call the memoirists I most enjoy brave because they bare their souls and show their weaknesses. They tell truths that aren't always told. They are honest about their faults. They share the moments of which they're proud and of those they aren't. Unfortunately, Meryl Comer does not do any of those things in this book. It's hard to even call it a memoir, as it utterly la…
1 comment
Read more 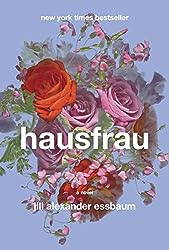 The basics: Anna Benz is a bored American housewife who has been living in the suburbs of Zurich, Switzerland with her Swiss husband for ten years. They have three children, but Anna is lonely and has not learned the languages of Zurich. As she begins taking a German class, she also begins an affair with a Scottish man in her class.

My thoughts: There's been a lot of discussion about Anna's likability. I'm not a reader who needs characters to be likable, but I do need them to be interesting and somewhat relatable. Anna is quite interesting, as she keeps secrets from her psychotherapist, her family, the reader, and to some degree herself. And she makes terrible decisions. Repeatedly. Yet I never became frustrated with these decisions, as I could always understand why Anna made them, even as I acknowledge anyone else making them would be mad.

After hearing Mozhan Marno, one of my absolute favorite narrators, was doing the audio for Hausfrau, I took the…
2 comments
Read more

book review: Speak of the Devil by Allison Leotta 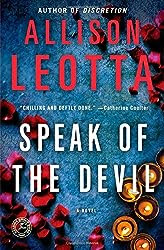 The backstory: Speak of the Devil is the third book in Allison Leotta's Anna Curtis legal mystery series, which begins with Law of Attraction, continues with the e-short story Ten Rules for a Call Girland Discretion.

The basics: As Speak of the Devil opens, Anna is proposing to Jack. Simultaneously, detectives, armed with a search warrant Anna signed, are about to raid a brothel. Unbeknownst to them, a vicious gang, led by El Diablo, the titular devil, is also storming the brothel.

My thoughts: While it's hard to call any of federal sex crimes prosecutor Anna Curtis's case happy, this case is particularly horrid. I winced several times in the first ten pages, but Leotta hooked me from the very first page. She manages to set up a complicated story quickly, and I couldn't devour this book fast enough.

One of the things I most appreciate about Leotta's books are how much happens in both Anna's professional and personal life, both during each book and in between them…
2 comments
Read more 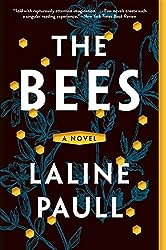 The backstory: The Bees is on the 2015 Baileys Prize short list.

The basics: The Bees is the story of Flora 717 and her hive. Flora 717 is born a lowly sanitation worker, born to clean the hive and remove the dead, but she exhibits traits beyond her social status.

My thoughts: When I heard that The Bees was actually about bees, and that they were the only characters, I didn't quite know what to think. How would Paull bring them to life? Could she make me care about a bee (I am allergic enough to bee stings to not enjoy their presence.) She did. I was utterly enchanted with Flora 717 and cared what happened to her.

The Bees works on two levels. First, the story itself is interesting. I didn't think I knew a lot about bees, but as I listened, I realized how much I do know about bees and their lives. Flora's thoughts, feelings, and journeys kept me listening. What elevates the novel, however, is how perfectly the realities of a beehive mimic the tropes…
3 comments
Read more 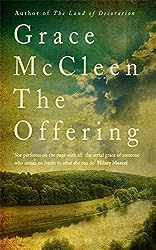 The backstory: The Offering is longlisted for the 2015 Baileys Prize.

The basics: Madeline is 34. She has been in an insane asylum for twenty years and cannot recall the events that put her there, but a new psychiatrist thinks he can help her recover the traumatic memories. The story unfolds both in the present: Madeline's life in the asylum and her therapy sessions, and in the years and months before she was committed.

My thoughts: Madeline has lived her entire life in two very different, but very sheltered environments. Her father was deeply religious and believed and moved them to an island where believed God wanted him to spread the word. Since the age of 14, she's been locked in an insane asylum and hasn't had a visitor in years. To her mind, which in many ways, is stuck at the age of fourteen, she observes parallels between these two disparate parts of her life:
Interestingly, over the years that I have been here it has not escaped my notice that despite their personal…
Post a Comment
Read more 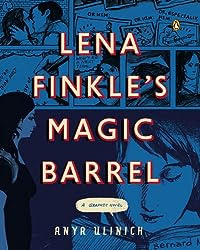 The basics:  "After fifteen years of marriage, Lena Finkle embarks on a string of online dates and receives a brutally eye-opening education in love, sex, and loss while raising her two teenage daughters."--publisher

My thoughts: I heard about this graphic novel when it was released last summer, but I was a million months pregnant and cranky. Then I forgot about it until it was named a 2014 New York Times Notable Book. It's still a big deal for a graphic novel (or graphic memoir) to make the list, and I was curious to dive in. I managed to read this lengthy (by comics standards) book in a single afternoon (it would have been a single sitting, but as happy as Hawthorne is to play by himself, he still likes to play with me too.)

As I read, I was struck by the rawness of Lena as a character. Although fictional, it reads like a memoir. I had to keep reminding myself that while Ulinich and Fin…
2 comments
Read more 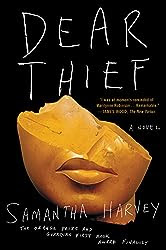 The backstory: Dear Thief is on the 2015 Baileys Prize longlist.

The basics: As the title implies, Dear Thief is written in the form of a long letter to a someone who has stolen something from the letter writer. The details of their relationship and the theft slowly play out over the course of the novel.

My thoughts: Dear Thief is the third novel by Samantha Harvey and the third to be longlisted for the Baileys Prize. Thus she's an author who has been on my radar for some time, but it's my first time reading her. To say it was a complicated reading experience would be an understatement. Rating Dear Thief was challenging for me, as I have an almost ambiguous feeling toward it. There were parts that were so brilliant and unusual, I was confident this novel could be a five-star read. Then there were parts that felt boring and unnecessary that had be thinking of abandoning it or fearing it might be only a three-star read. The reading experience had its ups and downs, just as its nar…
1 comment
Read more
More posts