Showing posts from June, 2014
Show all

The backstory: I raced through the first two Keye Street mystery novels by Amanda Kyle Williams last fall and loved them both (see my reviews of The Stranger You Seek  and Stranger in the Room .) When I visited Atlanta, where the series is set, in February, I treated myself and read the galley on my trip (y'all know I love to read books in the city in which they're set!) The basics: When the Hitichi County sheriff calls Atlanta FBI profiler turned private investigator Keye Street about a possible serial killer, she travels to the lakeside, rural Georgia town to try to solve the murders of two thirteen-year-old girls killed ten years apart and discovered in the same grave in a wooded area. My thoughts: The further along writers get in series, the harder it can be to keep things fresh. In this third installment of the Keye Street series, the first thirty pages are so are a glimpse into Keye's personal and professional life. The reader is treated to her current living si
Post a Comment
Read more 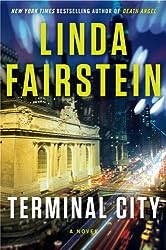 The backstory: Terminal City  is the sixteenth mystery in Linda Fairstein's Alexandra Cooper series. Cooper runs the Manhattan D.A.'s Special Victims Unit, a unit Fairstein herself ran for many years. The basics: A woman is found raped and murdered at the illustrious Waldorf-Astoria Hotel. Soon thereafter, another body appears outside Grand Central Terminal, and Alex, along with good friends and detectives Mercer and Mike, is drawn into the self-functioning city of people who call the ground underneath Grand Central home as they try to solve these murders. This review will contain minor spoilers from previous Fairstein novels, particularly Death Angel . My thoughts: I, like many long-time readers, celebrated a certain development in Alex's personal life that appeared frustratingly close to the end of Death Angel. As excited as I always am for a new Fairstein novel, this year I was most excited to see what was happening in Alex's love life. The events in Termin
1 comment
Read more 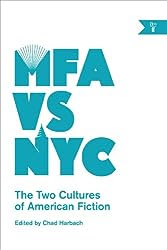 The backstory: I've really been enjoying collections of essays lately, and MFA vs. NYC  is perhaps this year's most buzzed about edited volume. It's theme also echoes many of the essays in  Goodbye to All That , which I adored . The basics: Divided into two large sections (MFA and NYC) and three smaller ones, MFA vs. NYC takes its name from an essay editor Chad Harbach originally wrote for n+1 . The other essays are a mix of those written for this collection and those adapted from earlier pieces. My thoughts: Part of what has drawn me to personal essays lately is the fascination with what it means to be a writer. In MFA vs. NYC , that theme is on full display, but it's bigger picture is the current state of American fiction. Obviously, writers are critical to that, and each essay offers different ideas and insights into what exactly it means to be a writer. I've never seriously thought about enrolling in an MFA program, and what surprised me most about thi
2 comments
Read more 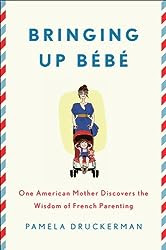 narrated by Abby Craden The backstory: I've been curious about Bringing Up Bebe  since it first came out, but now that I'm pregnant ( the nomadbaby is due August 9th ), it seemed like a great time to finally read it. On the recommendation of Jen at Devourer of Books , I opted for the audio version. The basics: Pamela Druckerman is a journalist and New Yorker who falls in love with a Brit and settles in Paris. Once they have a daughter, Bean, Druckerman begins to notice how different French children are than American children. They don't whine. They're not picky eaters. They sleep through the night earlier. yet when she asks French parents, they don't claim to do anything special or know what they're doing. In fact, compared to her U.S. friends who all espouse a variety of named parenting philosophies, the French parents insist that's just how children are. My thoughts: One of my biggest fears about motherhood is exhaustion. I've always been a sle
1 comment
Read more

book review: All Day and a Night by Alafair Burke

The backstory: Alafair Burke is one of my favorite mystery writers. All Day and a Night  is the fifth novel in her NYPD detective Ellie Hatcher series (reviews of the first four: Dead Connection , Angel's Tip , 212 ,  and Never Tell. ) Also see my reviews of the three titles in her Portland ADA Samantha Kincaid series ( Judgment Calls ,  Missing Justice , and Close Case ) and her two stand alone mysteries ( Long Gone  and If You Were Here ). The basics: When Brooklyn psychiatrist Helen Brunswick is murdered in a similar manner to how six prostitutes were murdered by Anthony Amaro in Utica and New York City twenty years ago, Ellie Hatcher and her partner are tasked with taking a fresh look at the original victims to see if the same person could have killed all the women. Amaro is in prison, so he didn't kill Brunswick. My thoughts: As much as I love police procedural mysteries, there are special places in my heart for both stories about wrongful convictions and those about
1 comment
Read more
More posts