book review: To Kill a Mockingbird 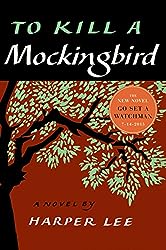 The backstory: To Kill a Mockingbird won the Pulitzer Prize in 1961.

The basics: Told from the point of view of Scout, a precocious girl in 1930's Maycomb, Alabama, To Kill a Mockingbird is the story of that town, its views on race and class, and Scout's family.

My thoughts: I wanted to love this book, as it is nearly universally loved. I respond strongly to themes of race and class, and yet I failed to connect to this narrative, with a few exceptions. I wrote last week about Calpurnia, who was by far my favorite character in the book. She was fascinating and complex, and I wish there were more of her in the novel.

I appreciate that Lee chose to write this novel from the perspective of Scout. At times it helps the reader see things as an outsider, but it also limits the narrative. Admittedly, one of my literary pet peeves are child narrators who are impossibly smart and perceptive, and Lee avoids that quagmire by making Scout consistently her age, but I missed the perceptions of others. If Lee would have alternated viewpoints or chosen a different narrative, I think I would have enjoyed it more. I would have particularly loved to see the world through Atticus's eyes, as he is so revered in this book (as he should be when seen through the eyes of his young daughter.) To see inside Atticus's thoughts rather than just hearing his lessons would have been wonderful.

Overall, I felt like this novel read like a young adult novel or a children's book (albeit one with some explicit themes.) Ultimately, I think that's what most hindered my enjoyment. Because Scout tells the story, we get characters talking to Scout, and as a reader, I felt like Lee wrote for a very young audience. She's clearly trying to impart lessons, and had I read this novel at a younger age (or earlier in history), perhaps those lessons would have been more poignant.

Ultimately, I found the Boo Radley storyline confounding. It's resolution felt off in pace and scope. Aside from Calpurnia, the highlight of this novel was Robinson, the black defendant. When the trial ended, I was curious where the novel would go, as I was completely enraptured by Lee's courtroom scenes. That was the one part of the novel that was exciting for me as a reader.

Favorite passage: "Until I feared I would lose it, I never loved to read. One does not love breathing."

The verdict: While I can certainly see the appeal of To Kill a Mockingbird for younger readers and those who read it when they were young, it didn't capture me. It may have been a trailblazing novel, but its ideas weren't novel to me as a reader. The highlights of this novel for me were the courtroom scenes and Calpurnia. Once the trial ended, I found the rest of the novel oddly paced, including its somewhat climactic ending. I am, however, still excited to read Go Set a Watchman, as so many of my issues with this novel relate to Scout as a narrator. I'm quite intrigued to see her as an adult and see what life looks like for her.

Convinced? Treat yourself! Buy To Kill a Mockingbird from Amazon (Kindle edition.)


As an affiliate, I receive a small commission when you make a purchase through any of the above links. Thank you for helping to support my book habits that bring more content to this blog!
3 stars Alabama book review Harper Lee historical fiction Mockalong